[Review] No Flag by Liz Borino 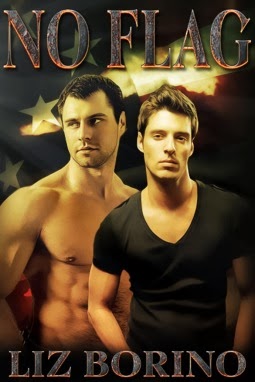 No Flag by Liz Borino

Back of the book

For Mike and Will, “No Flag” meant “come home alive”, but will their love survive what happens next?

Captain Mike Kelley does not ignore his intuition, so when sexy bartender Will Hayes captures his heart, Mike embarks on a mission to win him over to a Domestic Discipline relationship. Will accepts with one caveat: Mike must promise not to renew his Army contract. Mike agrees, and they spend a year building a life together, getting married, and starting a business.

Only days before their café’s grand opening, Mike receives news that threatens everything he and Will have built. The Army invokes the Stop Loss military policy to involuntarily extend his commission and send him back overseas. Will, left alone to cope with the café, must rely on the support of old friends who may no longer be trustworthy. Through emails and Skype calls, Mike and Will keep their love and structure alive…until the day a horrific terrorist attack occurs on Mike’s outpost.

Mike awakens in a hospital with a devastating injury and no memory of the attack. As the only survivor, Mike’s memory may be the key to national security. Mike struggles to cope with his injury and Will struggles to support the man who always held him up. Both fear they have lost their previous relationship. Will has Mike back rather than a folded flag, but in the aftermath of war, can they rebuild the life they had before? Especially when those closest to them may not have their best interests at heart?

I enjoyed this book by Liz.  This book includes passion, laughs, heartache, betrayal and horrible accident.

All M/M readers especially those who adores sexy soldiers.
Captain Mike Kelly is in a relationship with a bartender Will Hayes.  Mike and Will start their relationship slowly as Mike has rules and a contract that Will must sign for the relationship to move to the next level.

They eventually start living together and building a relationship.  Only weeks after marrying Will they are going to open a café.

Mike gets called back into work and is deployed on a technically.   When Mike gets injured and is sent home he has to figure out if he is still man enough for Will.  Can he still dominate Will and make his marriage work.

I found myself liking both Will and Mike.  They are both likeable in there own ways.  Really who doesn’t like a hot soldier.  They really find out who there true friends are after one of them tries all different ways of breaking up the relationship.  Truly a very good read.
Contact Info for Liz Borino 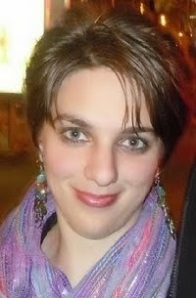 Liz Borino transcribes the world inside her head onto the page, and share it with the people who are stuck in the “real world” to makes their lives a little more interesting. Because in her world, heroes fall and stand up again with the help of their partners and friends. Liz’s world is littered with formidable obstacles, which her heroes overcome with a fire of courage and passion. The beauty of love between two men is celebrated. Who wouldn’t want to live there?
When not with her heroes, Liz enjoys exploring cities, working toward social justice, and editing for other authors. Liz is less than three months from obtaining her Masters’ degree in English and published nine books since 2010.