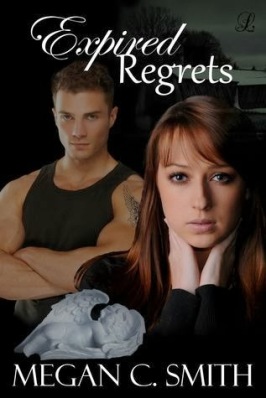 On your dying breath, what regrets will you wish you could re-do?

Rose was your average girl just trying to get done with high school so she could escape her overbearing mother and move to Tallahassee. Then she met Bryant, a guy who moved to her barn and made her body sizzle in appreciation. Bryant was determined to avoid Rose, but as much as he pushed her away he pulled her closer too. Finally ready to be together their relationship is thrown an insurmountable obstacle sending Rose fleeing for Tallahassee and away from Bryant. Four years later Rose has to come home, and is dreading running in to Bryant again. Both of them are forced to face their regrets as they wish they could have done things differently, but is it too late for them to find love again?

Note: this is a new adult novel and contains sex and graphic language. This is not intended for young adult readers.


I recommend this book.

I enjoyed this book by Megan.  This book includes passion, laughs, heartache, pain, jealousy, and betrayal.  The book will suck you right in and have you engrossed so you are reading the end before you know it.  Some parts are really heartbreaking so pack your tissues you might just need them.

The beginning of this book is told in Rose’s POV but in a few chapters near the end it changes to Bryant’s POV and then back to Rose’s POV.
This book started out right after a horrific car accident scene which has the feel of Rose dying.
You are then transformed back 4 years to Rose’s senior year of high school when she meets a new guy named Bryant Matthews.  After witnessing her best friend Leslie flirting with him she gets jealous and ends up leaving her friend behind at the barn where they rides horses every day.
She avoids her friend for a while until her friend calls multiple times in a row.  Leslie explains that Bryant was asking all about her and has no interest in Leslie.  Rose feels so guilty about avoiding her friend.  Once again Rose and Leslie are fine.
Rose decides she will seek out Bryant and he tells her she is too young for him as he is a senior in college.  They live in two different worlds and it would never work.  Rose is broken hearted.
The next day Rose takes a fall off her horse and ends up hurting herself.  Bryant witnesses the fall and comes over to help her out.  After wrapping her wrist he steals a kiss.  They begin spending time together at the barn where they ride and store there horses.  As Rose falls more in love with Bryant everyday she wonders what he feels.
All the kids that store there horses at the barn have to work at an annual Harvest Festival.  When Bryant shows up with his friends she does not even introduce them to Rose.  She feels rejected so when one of the guys that came with Bryant named Jordan shows her attention she is torn.  She loves Bryant but Jordan is so easy to be around.
As the days follow both Bryant and Jordan both try to win over Rose.  They even come to blows over her.  As they both tell her they love her who will she pick?  Will she pick the right one?  Will they last?
Who will win?  Bryant who is always rejecting her and making her heart hurt with the way he treats her?   Or will she pick Jordan who is sweet, always protecting her, and easy to be with?
Rose has a tragic past that made her shutdown and not date for a long time.  What new tragic things are in store for her?
What team are you on Jordan or Bryant!

Megan Smith was born and raised in beautiful Tampa, Florida where she spent her days falling in love with fictional characters from a very young age. After marrying her best friend she relocated to North Carolina to support her husband’s career as a U.S. Marine. During her time in North Carolina Megan was blessed with 3 beautiful children who have kept her constantly busy chasing after them and en…joying the daily routine of motherhood. Most recently Megan and her family have relocated to St. Petersburg, Florida where she has spent the past few months achieving her lifelong dream of publishing her very first novel; as well as continuing to submerge herself in some of her favorite books while appreciating a glass of wine and her favorite, salted pretzel Milanos.
Connect with Megan:
FACEBOOK | TWITTER | GOODREADS AUTHOR