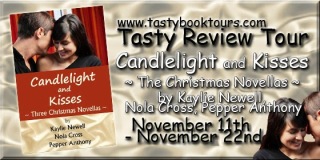 A Home for my Heart by Nola Cross

“They say you can never go home again. Try telling that to your heart.”

When big-city attorney, Jonathan Silver, agreed to be godfather to his infant niece five years before, he didn’t dream he would actually end up as her guardian. He’d never imagined himself as a family man. Now he’s not only an instant father to little Rachel, but also inherits the house where he grew up in the small town of Everfield, Washington. When he left Everfield fifteen years before, he never planned to return. Now for Rachel’s sake, he’s reordered his priorities and come home to join a two-man law practice.

Merridee Cresswell always wanted a big family. She and her ex-husband tried unsuccessfully for years to have kids; their marriage eventually failed from the strain. Since then, she has poured all her maternal feelings into her children’s clothing store, Frog’s Togs, and the special program she runs to help disadvantaged kids in Everfield.

When his first legal client hires him to sue Merridee for negligence, Jonathan has to investigate the shop keeper’s character. Is she really as flakey as his client says? Or is she the warm, lovely woman she appears to be, the woman so ready to take Rachel under her wing and make Christmas special again? And what about him? Could there be room in her heart for Jonathan too?

“What if love really is lovelier the second time around?”

It’s a rough Christmas for the just-divorced Sunny and her six-year-old daughter, Jasmine. When your no-good husband leaves you for a pretty young dancer, it’s hard not to feel old, fat and frumpy. But then she meets a handsome widower, Ben Stillman, and his young son, Spencer. The two kids hit it off, dragging their parents into an unwitting friendship.

Sunny’s never thought about dating a white man. The whole interracial thing seems risky, especially since Jasmine is still struggling with adjusting to her father’s defection. What if the little girl gets attached to Ben and Spencer, and things don’t work out?

Ben has been struggling under the weight of grief since his wife’s death a year ago. He suspects it’s too soon to move on, but somehow he wants to make Christmas special for Spencer. Then he meets Sunny and everything changes. She chases away the darkness and makes him feel alive again. Can the two of them learn to trust the magic between them long enough to give love a second chance?

The Mariner’s Gift – by Kaylie Newell

Sometimes the best gifts are the ones you least expect.

When LA Times journalist Zola Mitchell decides to head home to San Francisco this December, it’s to write a piece on the legendary Alcatraz prison. It has nothing to do with her high school crush Oliver Tworek, who’s recently moved back to start up a tour boat business to The Rock. At least, that’s what she keeps telling herself.

But when Oliver ends up asking her to dinner, Zola can’t refuse. And when he kisses her under a display of Christmas fireworks from aboard his boat, she can barely remember her own name. After twenty years, nothing seems to have changed. Oliver’s still popular and gorgeous, and Zola’s still…well, Zola. Behind the successful job, and underneath her shiny new grown up exterior, Zola still feels like the skinny girl from junior year English. Will she ever be able to conquer those little girl insecurities? And more importantly, will she ever get to know the real Oliver; the one who might just have a few secrets of his own?

Who doesn’t enjoy a good holiday story?  In this book you get three different stories.  Each story was a good read.  All three contain solid characters and 2 contain single parents/guardian’s.  All three are sweet romances.  All in all three very good stories.  I had never read stories from these authors but these stories have made me a fan of all three.
A Home For My Heart:
Jonathan must come back home.  He agreed to be his niece’s Guardian years ago.  Now he must move back to take care of her.  While back in town he is working at a law firm and his first case is to sue Merridee.  He comes know her and she is a wonderful person who loves children.  Can she help heal his niece? Does he want her too? what happens if they fall for each other?

Sunny’s Second Chance:
The kids try to bring the parents together through friendship.  If your spouse leaves you for another woman you are bound to feel bad about yourself.  Should you really start a relationship on the rebound.  What happens when the one you are with lights up your life?


The Mariner’s Gift:
When Zoe goes home for a story she is drawn to Oliver her friend from school.  When you are young and like a boy and he states you are just friends it can crush a girl’s hopes and dreams.  Why does Oliver always make her feel like she’s back I high school?  Can she overcome her insecurities long enough to reel in Oliver?
Contact Info for Authors
About Nola Cross
Nola Cross is a two-time Golden Heart finalist. She’s been working toward her dream of being an author for almost thirty years. A Home for My Heart is her first novella-length story to be published, and is the introduction to the Everfield series she’s currently writing. She loves writing stories of small-town America, with plenty of emotion, the perfect touch of sizzle, and always a happy ending. Nola lives with her husband and younger son in the foothills of the Cascade Mountains of southwest Washington State. She hopes you’ll check out her website and email her with your comments.
Connect with Nola:
FACEBOOK | TWITTER | WEBSITE
About Kaylie Newell
For Kaylie Newell, storytelling is in the blood. Growing up the daughter of two gifted writers, she knew eventually she’d want to follow in their footsteps. While she’s written short stories her whole life, it wasn’t until after her kids were born that she decided to shoot for the moon and write her first romance novel. She hasn’t looked back since!


Kaylie lives in Southern Oregon with her husband, two little girls, two indifferent cats and a mutt named Pedro. She would love to hear from you! You can find her at:

About Pepper Anthony
Like most writers, Pepper Anthony has worn quite a collection of hats over the years ~ voice actor, artist, bookkeeper, retail sales ~ but she’s always wanted to be a writer. Her biggest dream has been to see her name on a book cover. Now, with the advent of e-publishing, the covers may be virtual, but the thrill of seeing her name on them is real. She’s humbled by the idea that her stories might draw in a reader and provide an hour or two of entertainment.

She’s been married to her best friend Tom for thirty-one years. Together they’ve raised two amazing sons, and recently welcomed their first grand-daughter. Most days you can find Pepper at the family’s computer repair shop in a small town outside Portland, Oregon. At night she goes home to her rambling fixer-upper in the woods and toils at her writing, attended by a small menagerie of furry assistants.
She loves it when readers take a moment to reach out and let her know what they think of her stories. She hopes you’ll feel free to contact her..
Connect with Pepper:
FACEBOOK | TWITTER | WEBSITE