Christina, I need to know that what I’m putting into this relationship isn’t all for nothing. To me, you mean everything. But I won’t be your stepping stone. Because as much as it would kill me, if you refuse to commit to something more, I will walk away.

Will Christina ever be ready? Will Andrés stay or walk? Will their love endure or is it doomed before they even have a chance? 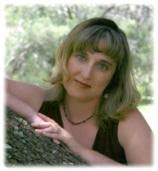 A former high school English teacher, I now work from home as a novelist and a part-time graphic designer. I love dragons, handsome heroes, and chocolate. I’m willing to share my dragons and heroes. Keep your hands off my chocolate!
Connect with Tara West:
FACEBOOK | TWITTER | GOODREADS | WEBSITE

Andrés is leaning against the kitchen counter shirtless, with a serious case of bed hair, looking far more sexy than should be legal. I want nothing more than to shut out the world and my problems and crawl back into bed with him. He looks up from his coffee and flashes a grin, but his smile quickly fades when I shove my phone at him.
He looks down at the screen and swears. “Fucking loco.”
I couldn’t agree more, but no matter what we think about Karri, that’s not going to make the situation any better. “I need to go by her mother’s house.” I don’t know if Karri told her mom she was leaving, but either way, I know the poor woman will be upset.
Normally, Andrés and I stop off at our favorite hole-in-the-wall Mexican restaurant and eat chorizo and egg tacos before work, but I won’t have time if I’m going to make it to Mrs. Peterson’s.
“You need to eat something, mija.” He leans in and smiles as he twirls a lock of my hair around his finger. “You can be late to work. I won’t let the boss fire you.”
By boss, he means himself. Tio has been letting Andrés manage the paint and body shop this week, kind of a trial run before he turns over five of his successful businesses. I guess there’s more than one perk to sleeping with the boss, but I feel bad going to work late.
They’ve already had to rework my schedule, giving me Monday, Wednesday and Friday mornings off so I can go to school. It took the other guys at the shop long enough to warm up to the “little white chick” painting cars with them. I don’t want them thinking I’m taking advantage. I get the feeling they think I got the job only because I’m dating Andrés, although I’ve had past experience painting boats at my dad’s dealership, and I’m majoring in art at school.
“I’ve got a big job to finish,” I say, but I’m distracted because he’s nibbling on my ear.
“Yeah, you do,” he answers, pressing my hand against the erection in his jeans.
I swat his chest and roll my eyes. “That’s all you ever think about.”
“Not true.” He flashes a rueful grin. “I think about breathing and eating, too.”
Looking up at him, I scowl. “Guess you’re going to have to eat and breathe more, because I don’t have time for sex.” Then I do something naughty, I reach down and stroke his hard-on a few times, just enough to get his blood flowing. I lean up and plant a kiss on his lips. “Sex will have to wait till later,” I taunt.
He gasps and reaches for my wrist, but I jump back and grab my coffee cup off the counter. I pick up a spoon and wag it at him. “Later,” I say in the sternest voice I can manage, as I do my best to keep a straight face.
I turn and pour coffee into my cup. My mistake. I should know better than to turn my back on Andrés when he’s horny.
He comes up behind me and growls in my ear. “Tease.” Then he reaches into my jeans, finding the bud of my clit.
I nearly spill coffee on myself as I lean into him and moan. He bends over me, planting a kiss on my lips while stroking more moisture out of me. Then, he abruptly pulls his hand out and smacks my ass.
“Don’t be too late to work,” he says sharply.
I spin around and gape at him. His devious grin stretches nearly ear to ear.
After Andrés makes us the most delicious omelet with pico de gallo and sharp cheddar, I gulp coffee, we share an explosive goodbye kiss, complete with more teasing and groping, then we’re both out the door. This time, I smack his ass as he’s locking the door behind us. I move quickly down the sidewalk before he can retaliate.